Get Your Group Sweat On! Fitness Classes & Trends to Try Now

chevron_left PREV: Confused Why You're Gaining We ...
chevron_right NEXT: High-Protein Oatmeal

Get Your Group Sweat On! Fitness Classes & Trends to Try Now After we crunched the numbers for the MyFitnessPal eBook The Rise of the Fitness Tribe, it was pretty obvious: When it comes to getting sweaty, you’d rather do it with friends than by yourself. It’s not that you’re dissing solo activities, like swimming, walking or cycling—those are all great ways to burn calories! It’s just that most of you are more motivated to workout harder and longer when there’s someone squatting, crunching, and cha-cha-chaing next to you.

THE GROUP WORKOUTS YOU LOVE…

Finding your groove In 2013, 36% of MyFitnessPal users danced off the pounds with Zumba, and this year that same number of you will continue to burn calories with the Latin beats.

Pedal to the metal Hugely popular in big cities, indoor cycling classes attracted 22% of MyFitnessPal users in 2013. This year the cadence is picking up with 25% of you planning to sign up and spin inside.

Down and give me 20! Who knew 19% of MyFitnessPal users would be won over by boot camp workouts last year? Many of you won’t stop with the pushups and burpees in 2014 either.

Friendly 5K, anyone? Running clubs rounded out the socially sweaty list in 2013 with 18% of MyFitnessPal users attending one. This year 24% of you will be getting your group run on. Clearly, running is a team effort.

THE GROUP WORKOUTS YOU WANT TO TRY NEXT…

Let’s get bendier! Yoga’s 15-minutes of fame aren’t up just yet. 37% of MyFitnessPal users found their downward dogs in 2013, and 48% of you are planning to unroll a mat and do it this year.

Ready to try something new? Use these resources to get moving!

Time for a group share: Which of these workouts have you already tackled this year? Which ones are you putting on the calendar next? Tell us in the comments below! 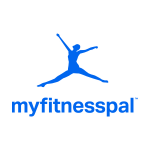