chevron_left PREV: How to Cope With Chronic Stres ...
chevron_right NEXT: 10 Things to Know Before Tryin ... These light-as-air coconut macaroons are minimally sweetened with stevia and dipped in dark chocolate. Look for unsweetened coconut flakes, which have a better texture than finely grated coconut, in the baking aisle or bulk section of the grocery store. If you are a coconut lover, consider using all-natural coconut extract instead of vanilla for these cookies.

This functional dessert is low in added sugar and contains antioxidants from dark chocolate, so you can indulge and stay healthy at the same time.

Preheat the oven to 350°F (180°C). Line a baking sheet with parchment paper and set aside.

Put the egg whites in a large mixing bowl and add the stevia and vanilla. Beat with an electric mixer until the egg whites are opaque and stiff peaks form when you lift the beater straight up.

Gently fold the coconut into the egg whites with a rubber spatula. Use a cookie scoop or soup spoon to make balls about the size of a walnut and drop 1 inch apart on the baking sheet. Bake for 15 minutes, or until golden brown. Transfer to a rack to cool completely, about 30 minutes. Set the lined baking sheet aside for later.

Put the saucepan or bowl of chocolate on a clean countertop with a folded towel under half of the pan so the chocolate pools to one side and makes dipping easier. Gently pick up the macaroons by the top and dip the bottoms in the chocolate; place on the parchment-lined baking sheet. Chill until the chocolate has set, 20 minutes.

Serve immediately or store in an airtight container in the refrigerator for up to 1 week. 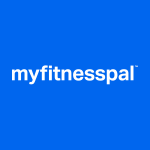