chevron_left PREV: 6 Must-Dos After Every Walking ...
chevron_right NEXT: Is the Refuel Window Real? 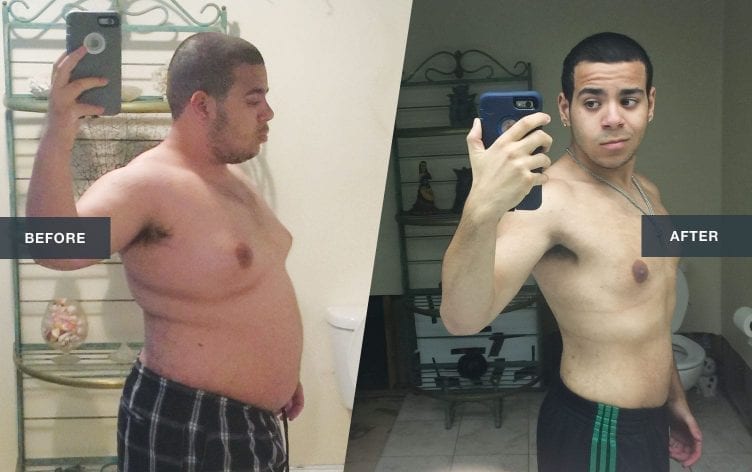 At just 13 years old, Jordan Henry remembers the shock of his father’s death, and even through his heartbreak, he felt a sense of resolve. What happened to his dad, he thought, could also happen to him. And he wasn’t going to let it.

Much like his father, Henry had been heavy for most of his life, with a steady weight gain that became more pronounced as he headed into high school years. Because of that, he struggled with confidence issues and low self-esteem.

To make matters worse, he was watching his dad’s weight surge — along with the types of problems that obesity can bring. At just 5-foot-2, his father was nearly 600 pounds at his heaviest when Henry became a teenager, and that caused issues like high blood pressure, severe sleep apnea, chronic knee pain and pre-diabetes.

“My dad passed away because he was obese, and I swore I would never let that happen to me,” he recalls. And although he had made this promise to himself, it was difficult for him to actually make any major shifts in behavior to change the situation. When he stepped on a scale right after his high school graduation, the number was like a splash of cold water.

“To my disbelief, I was 240 pounds, and immediately I thought of my dad,” says Henry. “That was exactly half his weight when he died. It felt like a turning point. I could either go down the path he did, and keep gaining weight, or I could go in the other direction. I knew if I didn’t change something soon, I was going to end up like him, and I didn’t want to put my family and friends through that.”

Thankfully, he chose the healthier route.

His first changes were to start drinking more water and eating food he believed to be more nutritious, but after months of that strategy, his weight didn’t budge. After adding exercise to his routine and getting more focused with his food, Henry managed to gain some traction and lost about 40 pounds, but he still felt like his results could be even better.

Feeling frustrated, he started researching more exercise options and food plans, and came across a bodybuilder on YouTube who talked about MyFitnessPal. When he heard more about food tracking as a way to lose fat and gain muscle, he immediately wanted to give it a try.

After downloading the MyFitnessPal app, he was surprised by how easy it was to use. He especially appreciated the barcode scanner and the frequent notifications and tips to help him stay on the right path.

“Because of the app, I started to see results in a much shorter amount of time,” he says. “And it really helped with some of the challenges that came up along the way.”

These challenges included ditching his beloved soda in favor of water and balancing work with exercise. He also recalls feeling a lack of support from some family members, but even that was eased by seeing his progress and connecting with the MyFitnessPal community.

Since starting his journey with MyFitnessPal in January 2018, Henry has lost 100 pounds — and has noticed much more than physical changes.

“Finally, I feel like I’m learning to love myself and to have confidence,” Henry says. “If I had to give advice to anyone starting out where I did, I would say just stick with it. You didn’t gain the weight overnight, so it won’t come off overnight. But if you’re consistent and focused, you can get there.”