How Brianna Went from Giving up to Giving it Her All

How Brianna Went from Giving up to Giving it Her All 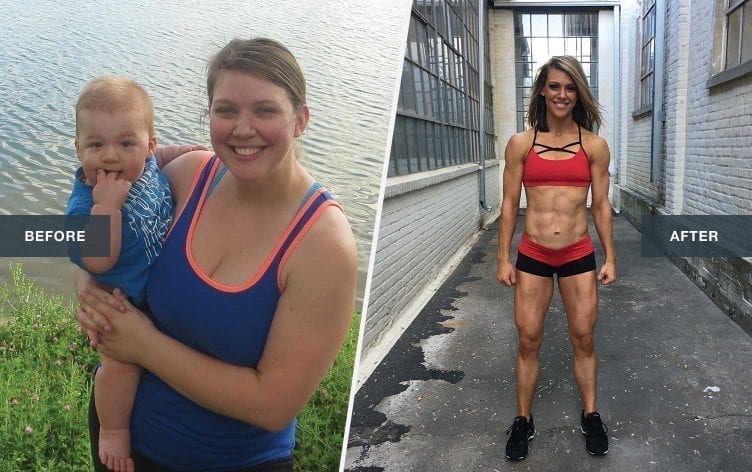 Sometimes, an incredible transformation begins with a simple, everyday kind of moment. For Brianna Bernard, this moment came when she was paging through a magazine and felt like a switch inside her flipped from “indifferent” to “motivated.”

“I was looking at an article about people who’d lost 100 pounds, and one of the women profiled was in Minneapolis, where I am,” she recalls. “She mentioned a trainer who was actually close to where I lived. That’s when I thought: If she can do it, why not me?”

At that point, Bernard was 245 pounds and had given up. Although she hadn’t been overweight while growing up, she saw her weight creeping up in her late 20s, and then her first pregnancy added another 70 pounds.

“Even though I didn’t like carrying that much weight, I just thought this was how it was going to be,” she says. “I resigned myself to it, in many ways. I thought that once I had the baby, the weight was supposed to magically fall off. When it didn’t, I figured this was my new normal.”

She booked a session with the local trainer she’d read about, curious whether she could find even a small portion of the success others had described. She didn’t know that major change was just over the horizon.

After asking the trainer what diet she should try, he told her to skip the trendy eating plans and to just start logging her food on MyFitnessPal. He also suggested cutting things she didn’t need in her diet but seemed to like — such as bread and other baked goods — and then adding them back in after a couple weeks, to see how her body reacted.

Before long, those small tweaks became an overhaul. She added a significant amount of fruit and vegetables, lean protein and healthy fats. She also started drinking much more water, and she logged every bite and sip.

“By logging my food, it held me accountable,” she says. “Even though I was the only one who saw it, my food log made me take a hard look at what I was eating. I didn’t want to put unhealthy things in there, so I ended up not eating those.”

One of the most notable features for Bernard was the small message on the bottom of the screen that read, “If every day were similar to today, in 5 weeks you will weigh ‘X.’” That became her race, she says, as she buckled down to hit her numbers every month — and she did, consistently, sometimes beating it by a pound or two, but never weighing more than it predicted.

“Whoever MyFitnessPal has working on the math, that person is a genius,” she says, with a laugh. “It was the math keeping me on track, because I wanted that number. That made it fun.”

After a decade of trying different diets and always giving up, the MyFitnessPal habit stuck. Beyond helping her shift toward physical transformation, logging her food also changed Bernard’s understanding about nutrient density, sugar intake, sodium amount and other food components. That led toward expanding her education in nutrition, and she now holds a certification in the field.

Today, at 136 pounds, Bernard has become a personal trainer as a way to help others define what strong means to them. She loves showing her clients the value of small changes and big transformations.

“What I loved was that I never felt like I was on a diet,” she says. “I just kept eating better and making healthier choices. Consistency and dedication, that’s the key.”