10 Plyometric Exercises For Power and Explosiveness

10 Plyometric Exercises For Power and Explosiveness 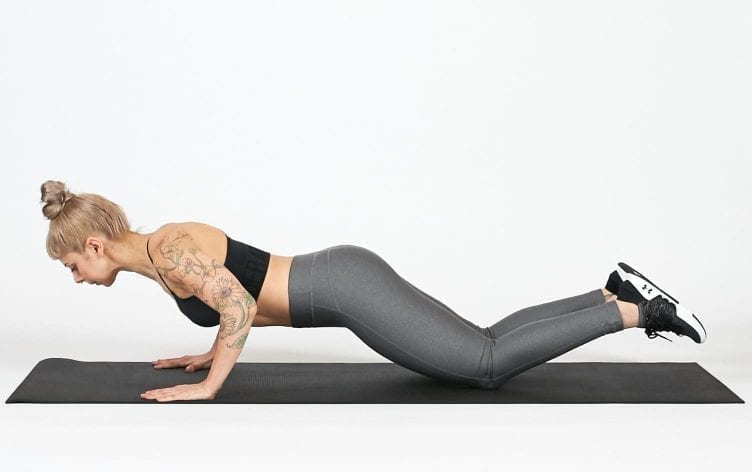 Plyometric training is popular for athletes but rarely used by adults who aren’t playing sports. The irony is the intensity of plyometrics is what makes it so effective. However, there’s a high risk of injury if you overdo this style of training because of its very high impact.

According to a 2015 article published in the International Journal of Sports Physical Therapy, the term “plyometric” is a combination of the Greek terms plyo, which means to increase, and metric, which means measurement. It was originally developed to train track and field athletes, who need to be springy and explosive.

Since plyometric movements are fast and create a jarring impact, avoid doing too much. As a beginner, start with low-impact exercises. Count the total number of reps you do and try not to increase by more than five each workout to avoid damaging your joints.

Before you learn how to jump, you must learn how to land. Start on an elevated surface that doesn’t feel too high. It could be anywhere from 2 inches high to a full foot.

The move: Step onto the elevated surface then step forward to the edge. Jump off and land softly on the ground. Land on your toes first, letting your feet roll back until your heels tap the ground. Bend your knees and stick your hips back as you land. You should barely be able to hear your feet hit the ground. Make sure your legs aren’t stiff when you land — the more your joints bend, the more force they’re absorbing. After you land, turn around and step back onto the box, then jump off again.

After you learn how to land, you can practice jumping. It’s best to jump up to an elevated surface because there’s less impact force, which allows you to do more repetitions. Make sure you’re using an appropriately sized box. Using a taller box doesn’t necessarily mean you’re jumping higher. It’s easy to cheat this exercise by raising your feet to meet the box instead of jumping higher.

The move: Stand facing the box, then squat back to propel your body up to the box. Don’t focus on the height of the box you’re using; rather, focus on jumping as high as possible and simply use the box as a landing pad. Land softly then step or hop down and repeat.

Most of the movements you do in the gym are linear, meaning you move straight forward and backward — running, squatting and lunging are examples of linear movements. Lateral movements are important to use in your routine because they build a set of muscles you’re probably neglecting. To work on your side-to-side agility, try lateral skater jumps. As you improve, you’ll be able to jump further. You can also focus on jumping higher to make it more difficult. Since this movement is lateral and performed off one leg you can’t jump very high, minimizing impact. It’s also easy to control how far you go on each jump.

The move: You can use a small hurdle to jump over or lines on the floor that are 2-or 3-feet apart. Raise your inside leg and push off your outside leg. Jump up and over, landing on the opposite leg. As you land, remember to bend your knee and stick your hips back, softening the blow.

Bands usually make exercises harder, but in this case they make the exercise easier. The band limits how far you can jump and softens the landing. Simply step backward then repeat the exercise.

The move: Loop a resistance band around a fixed object, like a pillar. Put the band around your waist. Face away from the pillar, dip down into a squat, then jump and throw your arms forward. Jump forward as far as you can and land softly.

After you learn how to jump properly, you can start jumping without equipment. Start with the jump squat because it’s simple and easy to learn, according to New York City-based personal trainer Christina Esposito. Perform only 3 sets of 5 reps at first, since the impact from landing jars your joints.

The move: To perform a squat jump, squat down a few inches and throw your arms toward the ground. Then, jump up and reach your arms overhead. Land softly, on your toes, bending your legs to soften the blow.

While it’s not a high-flying maneuver, jumping rope is an excellent plyometric exercise for developing foot speed and calf-muscle strength.

The move: Start by jumping rope with your feet together. Then, progress to hopping on one foot. This places more stress on your ankle and calf muscle. Once you’re comfortable with that, you can alternate feet on each skip, essentially jogging in place.

Upper body plyometric exercises are difficult because your arms aren’t as strong as your legs. You have to use a medicine or Dynamax ball for resistance to build explosive speed or do exercises that take away most of your bodyweight.

Clap pushups are impressive, but they’re difficult and can be dangerous. Start with something simpler, like a hop pushup from your knees. You may only hop a few centimeters off the ground, but you’re still practicing explosive speed.

The move: Setup like you’re doing a regular pushup from your knees, with your legs bent and hands under your shoulders. Bend your elbows and drop down to the ground. Push yourself back up as fast as possible, launching into the air. Instead of clapping, keep your hands under you to catch yourself.

Instead of struggling to do clap pushups, build your chest and arm muscle speed with the medicine ball chest pass.

The move: Kneel a few feet from a wall with a medicine ball in your hands, held at chest height. Throw the medicine ball at the wall as hard as you can. Try to throw it so hard that the ball bounces back to you.

This exercise works your shoulder speed and explosiveness.

The move: Hold a ball in front of your head and stand about a foot from a wall. Squat down slightly, then stand up and throw the ball as high up the wall as you can. The ball should lightly tap the wall, then fall back down to you. Catch the ball and repeat.

Work out a little frustration and build upper-body speed with this exercise.

The move: Grab a ball and raise it overhead. Reach so high you’re standing on your tippy-toes. Then squat down, stick your hips back and slam the ball into the ground as hard as you can. Keep your hands near your face to quickly catch the ball in case it jumps back up. Make sure you perform this exercise on a concrete floor that can withstand the pounding.