chevron_left PREV: 5 Mindsets to Avoid if You Wan ...
chevron_right NEXT: Freekeh, Kale and Egg White Br ... 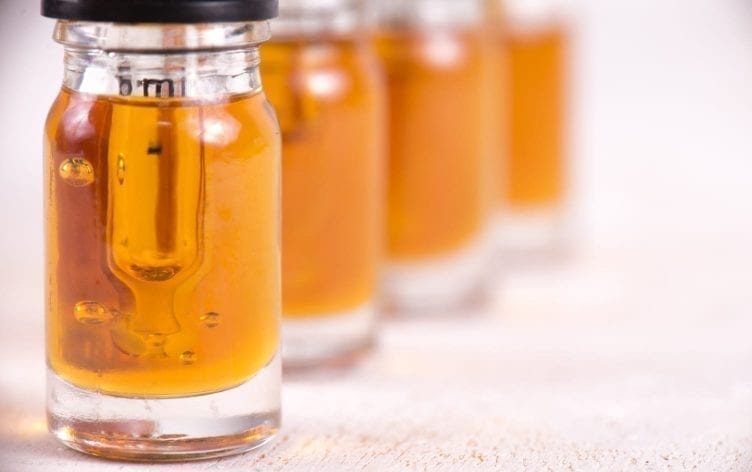 Not since fish oil has a supplement been so heavily promoted for its breadth of effects: cannabidiol (CBD) oil has prompted claims it can reduce anxiety, improve sleep, boost workout recovery, relieve pain and even benefit brain and heart health.

IS IT A MIRACLE ELIXIR?

Can a few drops of cannabis-derived oil really do that much? The short answer is maybe, but there are many factors for why it may not work for everyone.

These benefits have been seen in some early research, but it’s still too soon in the CBD-era for it to become a must-have for everyone, according to Dr. Jordan Tishler, a Harvard physician and president of the Association of Cannabis Specialists.

“Let’s just say that at this point, there is a lot of promise and excitement about CBD oil,” he says. “That doesn’t mean that it doesn’t work, just that we have a great deal of research ahead to go beyond anecdotal evidence and preliminary research. And in terms of issues like quality, it’s the wild west out there right now, since it’s unregulated. But for those with issues that could be helped, CBD provides an option worth trying.”

If you’re considering giving it a go, here are a few facts to keep in mind:

One of the reasons CBD oil may work for some people and not others is its actions are related to the body’s endocannabinoid system, which doesn’t operate in the kind of straightforward way the body’s other systems might. Instead, its purpose is to regulate the other systems.

A good analogy is to think about a car, where there are systems specific to the vehicle’s operation, like fuel delivery or controlled combustion. Then there’s the computer that works to make the systems play nice with each other and fine-tunes those systems regularly so they’re working efficiently. Your endocannabinoid system is your body’s “computer” and the circuits are a series of neurotransmitters, called endocannabinoids, located throughout the body, says Tishler.

“It’s in every system, from your lungs, kidneys and bone marrow to your immune response, reproductive health and pain modulation,” he says. “It affects pretty much everything in the body you can name.”

These receptors can be modulated with CBD, but how it reacts with those receptors can’t be definitely predicted, according to Michelle Weiner, DO, MPH, of the Spine and Wellness Centers of America. It may work beautifully to optimize receptor function for some people, but not others. That’s part of what needs more research — understanding why there’s a difference in the intensity of how people respond.

Also worth noting is that one form may work better for you than another. CBD is available in a number of forms, most often in topical creams, capsules and tinctures — a liquid that has an oil, alcohol or water base. You can also find CBD in edible form, such as added to a food product like gummies, or an inhalable form for vaping. There’s no research available yet about what’s considered the most effective, but anecdotally, it seems that there is an individualized response. For example, a tincture may do nothing for you, while a CBD cream works like a charm, but it could be the other way around for someone else.

YOU WON’T GET HIGH, BUT…

A cannabis plant has hundreds of different compounds, and CBD is just one of them. Another is tetrahydrocannabinol (THC), the psychoactive element that is what gets you high. By separating CBD out, you’re able to get the benefits, without the munchies and bloodshot eyes.

But if you’re in recovery for drug or alcohol issues, pay careful attention to whether using CBD triggers you, suggests Dr. Antoine Kanamugire, author of “The 21 Unspoken Truths About Marijuana.” He says that even with no psychoactive compounds, meaning you won’t have any physical changes, there may be an unexpected mental effect.

“For someone who’s sober, they may psychologically associate this with a drug, even though it won’t be a physiological trigger,” he says. “That may feel like a step backward toward past substance abuse.”

THE MOST STUDIED BENEFITS ARE ANTI-INFLAMMATION AND ANTI-ANXIETY

Because your endocannabinoid system is throughout your body, CBD can have a very wide range of potential benefits. But in terms of what’s been studied the most, that comes down to inflammation and anxiety.

The oil helps to produce a calming effect without causing drowsiness, notes naturopath Becky Campbell, DNM. Because of that, she often recommends CBD oil for social anxiety or situational anxiety.

Because her patients also report lower amounts of pain and inflammation with the oil, as well as better regulated blood pressure, it can also help with anxiety that’s related to conditions like thyroid dysfunction, heart issues and arthritis, she adds.

IT CAN BE EXPENSIVE, AND SOME TYPES AREN’T LEGAL EVERYWHERE

Cannabis-derived CBD oil isn’t legal in all states for direct purchase. However, there are many companies online that can ship anywhere, even to states where it’s not technically legal to buy. Also, hemp-derived CBD is legal everywhere, and still has a high amount of CBD content.

With that level of availability, the bigger issue is affordability. There are some low-cost options, but Weiner notes that like any supplement, you should be suspicious of a deal that seems too good to be true.

“There have been some tests of oils where no CBD was found at all,” she says. “And because there’s no regulating agency, you won’t see enforcement of standards. That means you need to do your research before buying.”

In general, CBD oil is a promising supplement that may be a game-changer when it comes to physical and emotional health, we’re simply at the cusp of its usage right now. Some people swear by it, while others have tried it and saw no effects. Your best bet may be to try it out if you think it will help — and, of course, check with your healthcare professional first if you’re on regular medication — and see if it helps ease your symptoms.