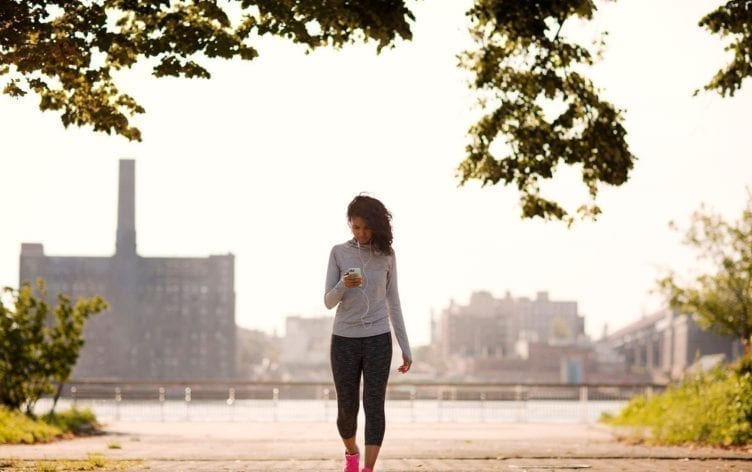 Starting a consistent walking routine is the first step toward improving your health. But maybe you’re ready to take it up a notch and squeeze out the biggest benefits from every stroll. Research is finding that when you walk matters in relation to specific health goals.

Whether you’re looking to lower your blood pressure, boost your happiness or find a remedy for insomnia, there’s a right time to walk based on your goal:

In new research in the journal Medicine & Science in Sports & Exercise, people who had hypertension performed moderate-intensity exercise for 45 minutes three times a week for 10 weeks either in the morning or evening. Those who exercised between 6–8 p.m. saw an 8-point drop in systolic blood pressure, on average, compared to controls, while morning exercisers experienced a 5-point drop.

So the next time you’re tempted to switch on the TV after dinner, go for a stroll around your neighborhood instead.

Exercise prompts your muscles to use glucose for energy, which is why it’s a powerful tool in Type 2 diabetes management. Rather than walking in one big half-hour block, you might consider breaking it up into three 10-minute segments. Adults with Type 2 diabetes who walked 10 minutes after each meal (breakfast, lunch and dinner) maintained better blood sugar numbers versus those who took just one longer walk, per a study in Diabetologia. The biggest difference was seen after dinner, so make sure you emphasize walking at the end of the day.

Long car commutes are rife with unexpected delays that can spike stress levels. On the other hand, walkers have been found to be the least stressed group of the commuting bunch, according to a 2015 review. Not everyone has the option of walking to work, but you may be able to figure out a route where you build in a brief bout of walking, like parking a half mile from your office, walking to public transportation or getting off the subway a couple stops earlier for some fresh air and extra steps.

Physical activity helps you conk out at night — not only does it tire your body, but it slows down a racing mind, too. However, if you’re wrestling with insomnia, you might consider going for a walk outdoors in the morning. A study in Sleep Health found exercisers who were exposed to daylight in the morning had more regular circadian rhythms, meaning they fell asleep more easily compared with those who didn’t get sunlight first thing in the morning.

Even if you love your job, the workweek can sometimes feel long. Your day-to-day mood has a huge impact on your overall well-being. People who took a break for a 30-minute walk during lunch reported greater enthusiasm and said they were more relaxed and less nervous at work, per a study by UK and Australian researchers. The promise of a better mood alone should be enough reason to take a walk outside the office.

Upping step count is one of the go-to strategies of people attempting to lose weight. If that’s you, try scheduling your walk for the morning. A 2012 Brigham Young University study had 35 normal-weight and obese women briskly walk on the treadmill for 45 minutes in the morning and then asked them to look at pictures of food and flowers (the control condition) while analyzing their brain activity. Those in the exercise group had lower neural responses toward food pictures (aka their brains lit up less in response to food) and were more physically active during the day.