chevron_left PREV: Does Nose Breathing While Exer ...
chevron_right NEXT: 8 Delicious Noodle Dishes With ... 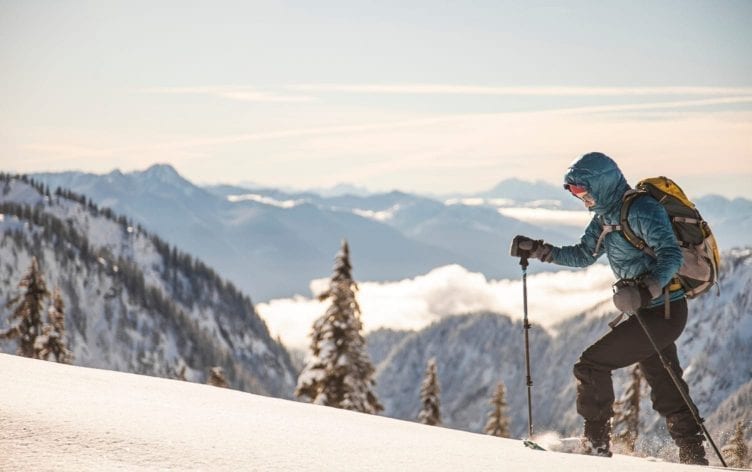 Skiing burns at least 400 calories per hour but making tracks through fresh powder is more than just a great workout. The popular winter sport also offers some serious mental health benefits, according to a 2019 study.

Swedish researchers followed 395,369 individuals for more than two decades and found those who participated in Vasaloppet, a 90-kilometer (55-mile) cross-country ski race, were diagnosed with depression at half the rate of non-skiers. The fastest men experienced the greatest risk reductions.

BENEFITS OF NATURE ON DEPRESSION

“We know that skiers, compared to … the non-skiing general population, exercise more and have a more physically active lifestyle [and] it’s likely that the physically active lifestyle contributes to mental well-being,” explains study co-author Martina Svensson, a PhD student at Lund University in Sweden. “Skiers also spend a significant amount of time outdoors [and] the natural environment has been shown to help people cope with stress.”

Regardless of the activity, spending as little as two hours per week outdoors can provide a significant mental health boost but there might be something special about skiing.

Researchers interviewed 279 skiers and snowboarders at ski resorts in South Korea and found both sports were associated with strong feelings of happiness and life satisfaction, but skiers showed higher levels of pleasure. Their research showed even one-off ski trips had the potential to provide mood-boosting benefits.

Additional studies examining the relationship between skiing and mental health have reported similar findings. Research published in Frontiers in Physiology reviewed the results of 21 studies and found downhill skiers who hit the slopes on a regular basis had lower rates of high blood pressure, cholesterol, diabetes and dementia.

BENEFITS OF COLD TEMPERATURES AND ALTITUDE

The cold temperatures and altitude might also help, too, according to study co-author Martin Burtscher, MD, PhD, a professor of sport science at the University of Innsbruck in Austria.

“Both stimuli may provoke some type of conditioning, resulting in improved stress tolerance or even promoting neuroprotection and neurogenesis,” he adds.

A study published in Alzheimer’s Research & Therapy supports the idea skiing offers some form of neuroprotection. The researchers, including Svensson, found long-distance skiers had lower rates of vascular dementia and Alzheimer’s disease than non-skiers. It appears the fastest skiers (based on their finishing times in the race) experienced the biggest benefits.

Skiing comes with an element of risk. Burtscher advises wearing appropriate equipment, including a helmet, following proper etiquette on the slopes and keeping active during the off-season to maintain the strength and stamina required for downhill or cross-country skiing. Beginners should also consider taking lessons.

While skiing is an excellent winter activity, you do not have to bundle up and navigate snowy landscapes to experience similar health benefits.

“The health benefits from downhill skiing may not significantly differ from other sports activities,” Burtscher says. “It simply represents an additional possibility (and variety) of physical activity during the winter season.”