chevron_left PREV: 3-Ingredient Mango Sherbet
chevron_right NEXT: Why Stressing About Food and W ... 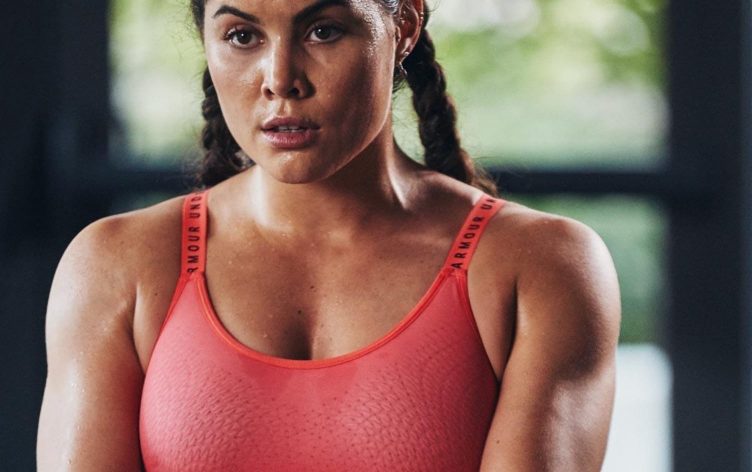 Like it or not, we all sweat. It’s a perfectly natural — and healthy — phenomenon that serves to keep us cool when temps rise.

You’d think that’d be the end of the story, but there’s still a lot people don’t understand about sweat, including why we sweat, who sweats more than others and what sweat can (and can’t) do for us.

To clear things up, we asked an expert to debunk some of the most common myths about sweat.

As most of us sweat during our workouts, it’s common to think sweating is involved in the fat-burning process. However, sweat is just one way your body controls your internal temperature. When things heat up (as on a hot day or during a hard workout), your body releases water (along with some trace minerals) through sweat glands in your skin. Your sweat then helps cool you off when it evaporates from your skin.

Sweating during a workout may signal you’re working hard enough to burn plenty of calories — including calories from fat — but sweating and fat burning aren’t directly related. “There is no fat burned through sweating,” says Dr. Whitney Hardy, a family medicine physician at Ochsner Health Center – Lapalco.

While you may notice you’re a couple of pounds lighter after a hot yoga class or long summer run, don’t get too excited, because that weight loss is all water. Once you rehydrate — which you definitely should — you’ll pack that weight back on.

You might assume people with lower fitness levels sweat more easily than endurance runners or competitive weightlifters, but that’s not always the case. In fact, a 2010 study published in Experimental Physiology found the opposite to be true: Fit people not only sweat more, but they also start sweating earlier in their workout than their less-fit counterparts.

One possible explanation: The more you train, the more efficient your body becomes at cooling itself off.

Your gender can also affect how much you sweat (men generally sweat more than women), as well as your genetics. “Some people [are] born with more sweat glands than others,” Dr. Hardy says.

True, most of us stink after sweating through a hard workout, but it’s not your sweat that’s to blame. “The water released in sweat has no smell,” Dr. Hardy says. Your sweat is odorless until it mixes with the bacteria and fungi on your skin. Once the two combine, the bacteria and fungi begin to metabolize, or break down the sweat on your skin, leading to the characteristic funky odor associated with sweat. Unsurprisingly, hairy spots like the armpits and groin tend to be the worst offenders, but wearing antiperspirants or deodorants helps mask these odors.

How many times has someone told you to “sweat out the toxins” when you’re feeling hungover or under the weather? It’s probably more than you can count. But, while you may feel cleansed after an hour-long hot yoga class, your sweat didn’t do anything besides cool you down.

“Sweat is made of mostly water, with small amounts of trace minerals like potassium, magnesium and urea,” Dr. Hardy says. Urea is a waste product, but the amounts you sweat out are so small, it doesn’t make a big difference, she adds.

What’s more, your body doesn’t need to sweat to detoxify, because your liver and kidneys are already on the job; these are the organs primarily responsible for metabolizing and filtering most toxins out of your body.

So, if you feel better getting in a sweaty workout or sauna session after a night of drinking, by all means go for it — just don’t expect all that sweat to clean you out.

By now, you (hopefully) know sweat is just your body’s way of keeping you cool, and that sweating during a workout doesn’t necessarily mean you’re burning more fat or calories. After all, if you’re exercising in a hot, humid environment, you’ll probably start sweating before you’ve even started your workout.

That said, if you’re one of those exercisers who enjoys sweating during a workout, sweat may be one of the ways you can tell you got a great workout. However, you may be better off gauging the effectiveness of your workout by how you feel before, during and after your session (tired, challenged, energized, etc.).

Check out “Workout Routines” in the app to discover and log a wide variety of routines by UA Performance Specialists, or build your own routine with exercises that fit your goals.