How To Do The Perfect Plank

chevron_left PREV: 18 Ways To Change Up Your Runn ...
chevron_right NEXT: Portobello Pesto Pizza

How To Do The Perfect Plank Planking, (no, not that bizarre Internet craze) is a simple but effective total-body exercise. Holding the body stiff as a board develops strength primarily in the core — the muscles that connect the upper and lower body — as well as the shoulders, arms, and glutes.

This static exercise — meaning the body stays in one position for the entirety of the move — is especially awesome because it requires no equipment and can be performed just about anywhere (well, use your judgment). Find out how to perfect your plank with this guide. We also included fixes to some of the most common plank mistakes. 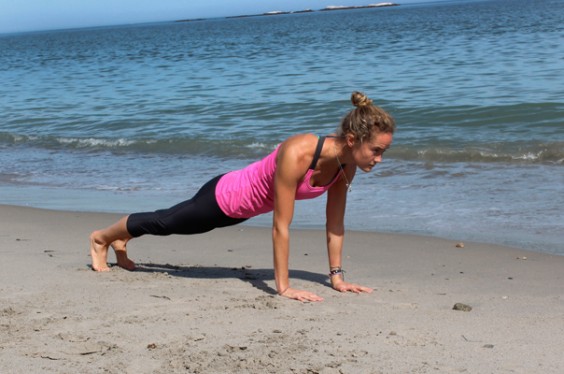 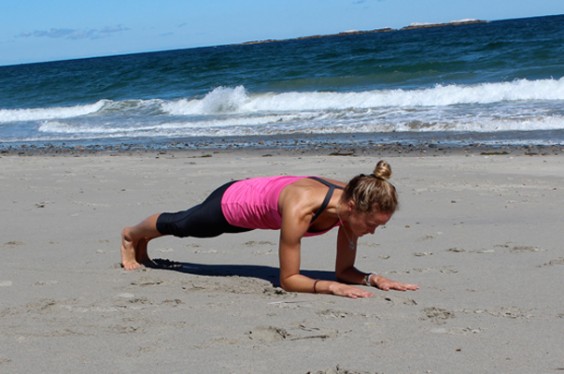 This variation, also one of the most common ways to plank, is slightly easier than holding the body up with just the hands. Place the forearms on the ground with the elbows aligned below the shoulders and arms parallel to the body at about shoulder-width distance. If flat palms bother the wrists, close the hands into fists or hold them in a prayer position. (Note: Any of the following plank variations can be performed with straight arms or in a forearm position.) 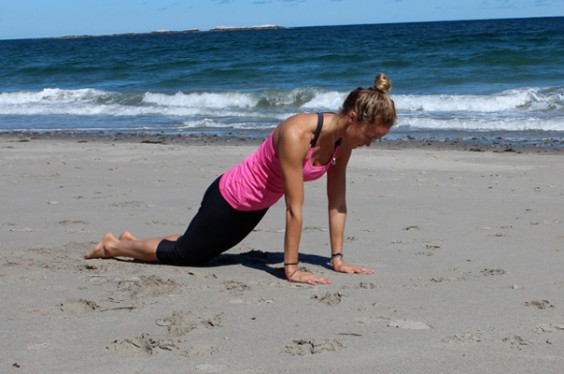 This plank is noticeably easier to hold than the traditional straight-arm plank, but it’s great for beginners to concentrate on form. By resting the knees on the ground, there’s less stress on the lower back. If knees feel uncomfortable, roll up a sticky mat to rest them on. 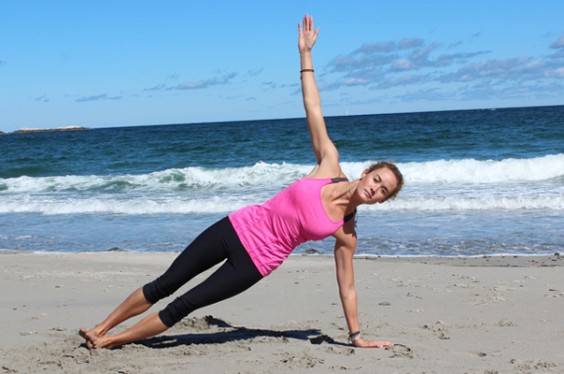 Photo This variation better engages the obliques, or the side muscles of the core, than a standard plank. Lie on one side with the legs stacked on top of one another then prop the body up on the hand or elbow with feet stacked. Modify the position by raising the opposing arm or leg (or both!) in the air to make the plank more difficult, or make the move easier by crossing the upper leg in front of the body for additional support. 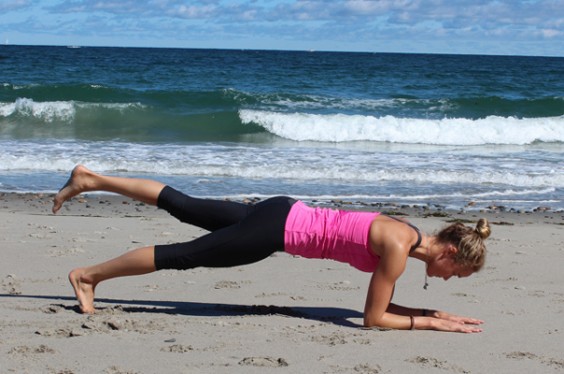 By removing one point of contact from the ground (your foot), this variation increases the demand on the core. Position the body into a basic plank, then lift one leg toward the ceiling (as far as feels comfortable, without compromising the back). Keep the hips parallel to the floor, then alternate legs.

Up the intensity with a swiss ball! Stabilizing the body on an unstable ball adds a balancing component to the move, increasing the demand on the core. Follow the same steps for a normal plank but instead place the hands or the forearms on the ball, directly under the shoulders.

THE MOST COMMON MISTAKES… AND HOW TO FIX THEM

The Mistake: Collapsing the lower back.
The Fix: Instead of compromising the lower back by dipping the bum, engage the core by imagining your belly button drawing in toward the spine. This will help keep the torso flat, and in turn, the spine safe. If you want to get super technical, have a friend gently place a broomstick or yardstick on your back — the top of the stick should make contact with the head, and the bottom of the stick should rest between the buttocks. The stick should also make contact right between the shoulder blades for proper alignment.

The Mistake: Reaching the butt to the sky.
The Fix: Planks aren’t supposed to look like a downward dog. To really get the core working the way it should in he plank position, keep the back flat enough so the abs feel engaged from top (right below the sternum) to bottom (directly below the belt). But of course, don’t dip the tush too far toward the ground.

The Mistake: Letting the Head Drop
The Fix: While the focus may be on keeping the hips, butt, and back in the proper position, form isn’t all about the core and the lower body in this move. It’s important to think of the head and neck as an extension of the back. Keep eyes on the floor about a foot in front of the hands to neutralize the neck.

The Mistake: Forgetting to breathe.
The Fix: It’s human nature to hold your breath when in a strenuous position for a period of time. But breathing is especially important because holding it for too long can bring on dizziness or nausea, which is especially dangerous for those with blood pressure issues.

The Mistake: Focusing too much on the stopwatch.
The Fix: Quality trumps a ticking stopwatch when it comes to the plank. When your form begins to suffer, it’s time to call it quits. If the back begins to bow or the shoulders start to sink in, take a break.

How do you plank? Any tips we missed? Let us know in the comment section below and on Facebook.