chevron_left PREV: 5 Nutritious Smoothies Under 2 ...
chevron_right NEXT: The Benefits of an E-Bike 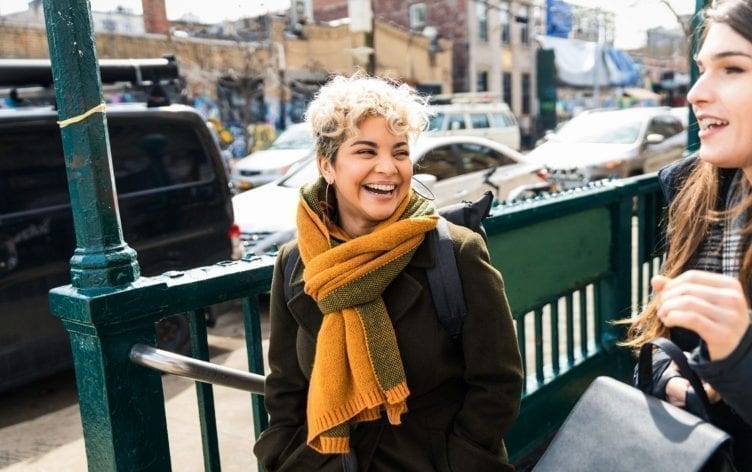 Some people have their best ideas in the shower. Others come to important conclusions while out for a stroll. Wherever your light bulb moments occur, research shows people who exercise may be more creative than those who don’t.

Past studies have shown a correlation between exercise and short-term bursts in creativity. A 2014 Stanford University study analyzed the creative thinking of 176 participants, noting that people consistently provided more inspired responses on tests used to measure creative thinking when they were walking versus when they were sedentary. Walking’s impact also extended to immediately after exercise was completed. While participants didn’t score as high when they were seated as when they were moving, those who sat down for a second test after walking felt a residual effect, performing better on tests than those who didn’t walk at all.

Researchers also noted that walking boosted creativity whether it occurred indoors or outdoors. This bodes well for people who like to take walking meetings or do the occasional lap around the office. “Incorporating physical activity into our lives is not only beneficial for our hearts but our brains as well,” says Marily Oppezzo, PhD. “This research suggests an easy and productive way to weave it into certain work activities.”

Building on this prior research, a new study from the University of Graz in Austria tried to determine the link between regular physical activity and one’s creative performance, rather than short-term effects felt immediately following exercise. Scientists gave 79 participants activity trackers and monitored their movements over five days. This method helped to measure all activity, including walking, vigorous exercise and spontaneous movements that occurred over the week, not just the forced activity that occurs in a lab setting.

After those five days, the researchers measured each participant’s creativity with tests ranging from verbal associations to drawing exercises. The most active people proved to be the most creative, showing a correlation between overall physical activity and creative cognition.

We know exercise boosts mood, but this study wanted to parse out whether increased creativity was simply connected to happiness. Turns out, this is not the case. The research showed exercise was independently linked to creativity. So, even if your workout didn’t make you any happier, you can still benefit from a boost in brain power.

The next time you’re stuck on an idea or need some inspiration, try going for a walk, hopping on your bike (even a stationary one) or lifting weights. The benefits are two-fold: Your heart, muscles and bones enjoy the exercise, and your brain appreciates the heightened creativity. If you can’t get away from the office, but you need to solve a problem, take a stroll around the building or engage in some desk-based exercises. If your boss gives you a hard time, just remind them your science-backed strategy isn’t just good for you — it’s also good for the company.

Make progress every day while you work on fitness and nutrition goals, like walking more steps. Go to “Plans” in the MyFitnessPal app for daily coaching and easy-to-follow tasks to keep you motivated.