We Tried It for You: Barry’s Bootcamp

We Tried It for You: Barry’s Bootcamp It’s hard to ignore the buzz around Barry’s Bootcamp. It’s trendy, it’s flashy and, well, they call it a bootcamp. For all those things and more, it might seem a little intimidating at first glance.

I tried it for you, asked some questions and am reporting back: If you’re looking for a way to step up your workout routine, you’ve come to the right place. There’s nothing to fear. Well, maybe your first time on the treadmill…

WHAT KIND OF A WORKOUT IS BARRY’S BOOTCAMP?

To be clear, these are hard workouts, dubbed high-intensity for a reason. But, because it’s interval-based, each activity is performed in manageable bursts of 30–60 seconds before you change to something new. The constant switching keeps your body guessing, eliminating the dreaded workout plateau.

“Most first timers are worried about the infamous treadmill after getting used to cardio you do at your own pace — the casual jogs or elliptical/Netflix binge combo.”

I DON’T LIFT… WHAT DO YOU MEAN, DUMBBELLS?

Let’s take the meathead connotation out of this immediately. Don’t worry that Barry’s will bulk you up where you’re not looking for it. In a typical Barry’s class you’ll use weights ranging from 12–25 pounds for women and 20–40 pounds for men — and the focus is on toning. The goal of dumbbells at Barry’s is to burn out your muscles to the point where you physically can’t finish a set. That’s expected, so don’t be discouraged.

This high-rep/low-weight style helps tone select muscles while also drawing on some cardio too. This is a recipe to get you in shape — not make you a full-blown body builder.

WHAT IF I HATE RUNNING ON TREADMILLS?

Most first timers are worried about the infamous treadmill after getting used to cardio you do at your own pace — the casual jogs or elliptical/Netflix binge combo.

Barry’s has their own signature treadmill that is pretty cushy and has control buttons that are responsive so you can shift the intensity pretty easily. The instructors coach through each section, providing a range of suggested speeds (depending on your fitness level) — ultimately you control how hard you push yourself or how fast you go. HOW CAN I MAKE BARRY’S PART OF MY WEEKLY ROUTINE?

Barry’s is growing its brand, opening locations from San Diego to Dubai. In the cities where it is already established, it’s expanding its reach, adding multiple studios in NYC, Boston and San Francisco. Even if the studio you usually go to is sold out, search others in your area for an opening.

Barry’s is set up on a seven-day schedule and each day’s workout focuses on a different part of the body:

“If you don’t have much time between the end of class and your first meeting — skip the stretch at the end and try to avoid a similar fate to what happened to Mufasa with that stampede in the gorge.”

The busiest times during the week are typically before work (6 a.m.–10 a.m ) and after work (5:30 p.m.–7 p.m.). Although these are the most popular times, that doesn’t mean it’s impossible to get in and even if it does look full, try the waitlist. People are always canceling or no-showing, and the facilities are very good about accommodating last-minute requests — just show up early and be ready to go and they’ll most likely be able to help you out.

WHO SHOULD DO BARRY’S BOOTCAMP?

Anybody experiencing a plateau with their normal, solo routine who is also looking for a change of pace. These HIIT workouts require a ton of discipline to do on your own (not to mention the access to equipment and space), and it really helps performance to be in a room with an instructor (and peers) for motivation.

If your busy schedule necessitates fitting workouts into small windows, Barry’s might be one of the best ways to spend an hour. If your style is more personalized, and you like taking your time, it may not be for you.

If you’re an early riser and want to knock out a workout before heading into the office, most studios have showers with full locker room amenities, so you can clean up and ship out quickly.

In the mornings, the bathroom scene (especially for the ladies) can be chaotic. If you don’t have much time between the end of class and your first meeting — skip the stretch at the end and try to avoid a similar fate to what happened to Mufasa with that stampede in the gorge.

Don’t be discouraged by the terminology. High-intensity, dumbbells, intervals, bootcamp… they’re just words. Barry’s isn’t harder than what you can handle, but it does push you in a way other studios might not, and that you may not be able to on your own. If you’re looking to step up your weekly routine, sprinkling in a Barry’s or two might be the way. 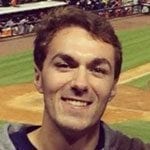