chevron_left PREV: 8 Ways to Pep up Your Meals wi ...
chevron_right NEXT: Blueberry Smoothie “I could eat my weight in poke every day,” I said as I dug my toes into the powdery white sand of a Maui beach and shoveled the lovely seafood salad into my mouth with a spork.

I’m not alone. From Poughkeepsie to Palm Springs, poke is the “it” dish of the moment with everyone from high-end chefs to food carts dishing it out.

If you’re not familiar with poke (pronounced po-KAY), here’s a quick explanation: Poke is a traditional Hawaiian salad made of cubes of raw or cooked fish (the name in Hawaiian means “to cut” or “chunk”), soy sauce, sweet onions, sesame oil and sometimes nuts and/or seaweed. It’s most commonly made with yellowfin tuna (also known by the Hawaiian name ‘ahi’), but there are numerous variations including cooked octopus, salmon and even fish roe. It’s quick, it’s protein-packed and it’s delicious.

But as I enjoyed the pearly pink ahi salad, there was a nagging voice in the back of my head asking me some rather pointed questions about my new favorite food.

If this trend continues, will there even be any tuna left in the ocean?

The FDA requires that seafood sold for raw consumption must first be deep frozen to very specific guidelines to kill any parasites in the muscle structure of the fish. So, as long as you are getting fish that has been handled and distributed with raw consumption in mind, parasites are not an issue.

As for foodborne illness due to spoilage or cross-contamination, poke is relatively safe, says Katie Sullivan Morford, a registered dietitian and blogger at Mom’s Kitchen Handbook. “If you’re a healthy adult with a healthy immune system and you’re being smart about where you are dining, I feel comfortable saying ‘go for it’,” she says.

Use the same common sense you would when choosing any restaurant. Dine at reputable places that are busy so the fish is always fresh. Never eat fish that smells overtly fishy or has an off aroma, and steer away from places that don’t serve much fish. That lonely mini mart on a back road in Oklahoma isn’t likely the best place to feed your poke craving.

If you are making poke at home, tell your fishmonger you’ll be consuming the fish raw so they can steer you toward the right fish. Keep in mind that labeling terms like “for sushi” or “sashimi grade” are not regulated, so it doesn’t mean much from a safety standpoint. When in doubt, ask.

That said, not everyone should eat raw fish, cautions Morford. “Anyone with a compromised immune system — anyone who is unwell, undergoing medical treatment that affects the immune system, pregnant women, the elderly and young children should opt for cooked fish rather than raw.”

Methylmercury is the heavy metal that’s present in high concentrations in large predator fish like tuna. Studies have shown it’s a neurotoxin, especially when the brain is developing.

The evidence is limited and conflicting on the effect mercury consumption has on adults. The FDA has no specific guidelines for how much tuna is acceptable for most of the population, but it does recommend pregnant women, those breastfeeding and children ages 4–7 eat no more than 1 serving (4 ounces for adults and 2 ounces for kids) of ahi tuna a week.

“It’s interesting because the thinking on mercury and fish consumption has shifted in the last couple of years,” says Morford. “Studies are showing that when fish high in mercury are also high in selenium, the selenium offsets the potential negative effects of methylmercury in the fish. And then there’s all the omega-3 fatty acids, which are so good for your brain.”

The takeaway among experts is the benefits of eating fish outweigh the risks. The key is moderation and diversity in your diet, eating ahi poke one meal and then choosing a smaller fish like sardines or wild salmon the next.

So we’ve got the green light to eat tuna poke from a health standpoint, but if we all start shoveling ahi into our faces like sunburnt tourists in Hawaii, will there be any fish left for future generations?

“There’s definitely pressure on these stocks already,” says Ryan Bigelow, engagement manager for the Monterey Bay Aquarium Seafood Watch program.  “But while poke is really popular right now, I don’t see that it alone would drive yellowfin tuna into extinction, at least for now,” he says.

According to Bigelow, a more important question to ask is: Am I buying the most sustainable fish I can?

“When you go to your favorite poke shop, ask them if the fish they buy is sustainable. That alone can be enough to influence a restaurant to make smart choices about where their fish are coming from,” he says.

If you are concerned and want to learn more, Bigelow recommends checking out Seafood Watch and choosing fish from its “best choices” or “good choices” categories. Or download its app for fish sustainability advice on the go.

SO IS EATING TUNA POKE OK?

Yes, it is fairly safe as long as you are eating at reputable, busy restaurants and you are healthy. No, the mercury in tuna isn’t going to kill you, but it’s a good idea to eat a variety of fish in any case.

Finally, the oceans are not going to run out of tuna just yet, but it’s a good idea to be mindful and ask questions about where your seafood is coming from so future generations can enjoy poke, too. 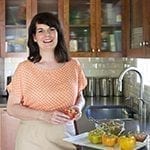 Ivy is a cookbook author and food writer living in Portland, Oregon. Her latest book is Easy Soups from Scratch with Quick Breads to Match: 70 Recipes to Pair and Share.” Visit her at ivymanning.com.