This Intense 25-Minute Workout is About to Get Harder

This Intense 25-Minute Workout is About to Get Harder The creator of the Lagree Fitness Method and the Megaformer machines, Sebastien Lagree, does not want you to work out all the time. He recalls training as a bodybuilder for as many as 40 hours a week in his youth. “I hurt myself doing that,” he says. “I think in your 20s — and it was back in the ’90s — you thought, ‘well, if I train a little bit, I have a lot of results; if I train more, I’ll get more results; and if I train the most, I get the most results. The more I train, the more in shape I’m going to be!’ And that is absolutely not true.”

One of the selling points of the Lagree Fitness Method is that it’s really efficient. He has tailored the classes and equipment to offer a super-intense workout in as little as 25–45 minutes. The classes may be short, but they leave you sore for days. The patented 25-minute workouts are offered exclusively at their L.A. studio, but other classes are available at Lagree studios in cities all over the world — and Megaformer machines are found in studios that are not necessarily affiliated with Lagree.

HOW THE MEGAFORMER WORKS

The enticing — and intimidating — thing about this method is that you can’t phone it in. Your legs and arms are strapped in position among various tension-filled cords and cables, making it impossible to cheat. (Believe me, I’ve considered it.) I have a real love-hate relationship with these Megaformer classes — I even find myself getting nervous an hour before. “Will I survive this one?” I often wonder. Sometimes I try to think of excuses not to go — like doing my taxes. But, the next thing you know, I’m strapped to a Megaformer, legs shaking, as I try to push a mobile carriage away from my body, while clownishly attempting to gracefully maintain a lunging position.

For the uninitiated, here’s what you can expect from a megaformer class: “It’s all about that constant tension,” Lagree explains. “We do long sets of very slow, controlled movements.” Get ready for slow, precise movements that’ll work each and every muscle in your body, and a fusion of strength, endurance and cardio training.

For me, the biggest challenge of Lagree is actually sticking with it. I can feel that it’s doing my body a world of good, yet it’s always tempting to choose an easier workout. “We have a tendency to rest on our laurels,” says Lagree. “In French, we have a saying that ‘l’appétit vient en mangeant,’ Only the habit of training can motivate you to keep on doing it — and that is why I recommend to sign up with a friend who will help you stay with it at the beginning until you can motivate yourself to keep going.”

Jen McChesney, a Lagree trainer, says mastering this workout takes time. “Just when you think you’ve got it, it gets harder because you start pushing yourself more or modifying to make things more advanced,” she says. She adds that the megaformer works muscles in ways most of us aren’t used to, which leaves many newbies struggling to find their balance in their first class. She suggests setting bite-size goals to stay strong: “The Lagree Method keeps you in a certain movement for a certain amount of time so set a goal each time to be able to go a little longer in a certain movement without having to take a break, or set a goal to try a more advanced version of something — even if only for 10 seconds.”

“It is a humbling experience,” she adds. “We often have athletes come in who are in super shape and leave saying ‘what the heck just happened?’ ”

LEVELING UP: THE SUPRAFORMER

Just when I thought I knew what to expect, I was told that the Lagree classes are about to get even more challenging — which is both exciting and terrifying for anyone familiar with the popular workout. Sebastien patented yet another machine, the Supraformer, which, so far, is only available to students in L.A. What makes this machine unique is that it can incline and tilt, forcing you to fight gravity as you try to get through each movement. He’s also working on evolving the Lagree workout to enable bursts of quick movements to trigger fast-twitch muscles (and, in theory, promote larger muscle growth).

“Women are no longer afraid of putting on a bit of muscle,” he says. “This year, with the advancement of the machine, we’re going to start adding on some explosive training in the implosive method.” Since creating the first workout in 2006, he says he’s made more than 500 alterations to his machine: “It’s a lot of evolution, but that’s in my nature. I think that’s also part of who I am. When you work out, I want it to be a perfect workout.” 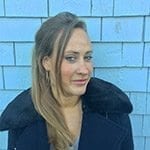 Lizzy is a reformed couch potato, working to replace her love of nachos and margaritas with spin classes and green juice. Whether she’s covering herself with neon paint at a glow-in-the-dark yoga class, embracing the weird vibes at a California sound bath or attempting not to fall on her face as she’s bouldering, Lizzy loves to keep things interesting by test-driving the latest health and fitness crazes. She’s a health and lifestyle writer, published in outlets such as Marie Claire, Vice’s Tonic and Redbook. Connect with her on Twitter.