How A Horseback Riding Accident Helped Jessica Reclaim Her Life

How A Horseback Riding Accident Helped Jessica Reclaim Her Life 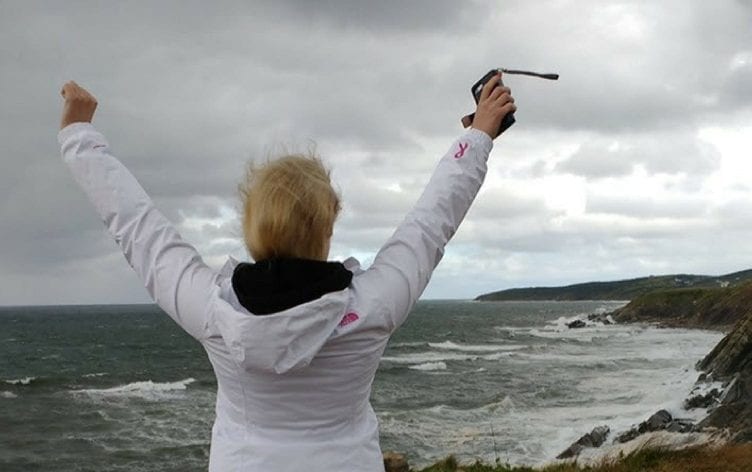 Jessica Vankesteren can’t talk about her health journey without getting emotional. After years of struggling with her weight and depression, Vankesteren’s health has done a 180. “I was in a really, really dark place for a long time — I struggled big time,” she says. “But recently I stepped on the scale and cried tears of joy. It’s absolutely just changed my life.”

FROM STRONG TO SPIRALING

Growing up, Vankesteren took dance classes and competed as an ice dancer, so she knew her way around a workout routine. “I was always really fit — always in the gym,” she says. As if that wasn’t enough to keep her busy and healthy, she was also a competitive horseback rider. Vankesteren even managed to keep it up in college, maintaining her gym routine even after she’d stopped competing on the ice.

Then came the working world. “After I finished university, I got a job where I worked straight nights,” Vankesteren says about her psychotherapist position. “I developed all these really bad eating habits and dropped everything, including the gym. That’s how I started really packing on weight.”

From there, things starting spiraling. “You start to realize that your clothes don’t fit you anymore,” she says. “And people make comments, like, ‘Oh, I didn’t recognize you. I haven’t seen you in so many years — you look so different.’”

Aside from the physical changes, Vankesteren started to battle depression. “Any self-confidence I had was tossed out the window,” she explains. “It became easier to sit at home and eat chips than to go out and be with my friends. I began to isolate myself. I used food to comfort myself because I was depressed, totally depressed.”

This went on for about seven years, during which time she put on about 100 pounds.

In the fall of 2016, a friend convinced Vankesteren to (quite literally) get back on the horse and go riding. During her first time back in the saddle in more than a decade, she was thrown — the fall broke her neck.

“Oh, how things work out, right?” she says, laughing at the irony in hindsight. While it may seem almost unbelievable, her injuries were very real. “I was partially paralyzed on my right side,” she says, which left her with extremely limited mobility; she was totally unable to drive. “The pain was so intolerable,” she says. “In life, I think we go through challenges — that was by far the worst thing physically and emotionally I ever had to deal with, because it confined me, literally, to bed.”

She was told she needed surgery, but because of her health, it wouldn’t be as simple as a quick fix. Her neurosurgeon told her she had no choice but to lose weight — even if she were able to regain mobility after surgery, the continued pressure on her lower back due to her weight would likely land her back in the O.R. in a year.

“I’d always had it in the back of my mind that I knew I needed to lose weight,” says Vankesteren. “At one point in my life, I was a really healthy, athletic girl. I knew that I needed to do this, not just for my physical self and the way that I looked, but for my overall health.” Faced with the looming realities of a lifetime of disability, she knew she was out of other options. FINDING THE WILL TO RECOVER

Unapologetic about the cliché, Vankesteren downloaded MyFitnessPal on New Year’s Day, “religiously” following meal plans and curbing her unhealthy eating habits of the past decade. By the time she had her surgery in mid-February, Vankesteren had already lost about 20 pounds.

“Recovery was difficult but I stuck with my routine and kept my goals going,” she says, adding that she worked her way up to daily hour-long powerwalks.

Her healthy changes made a big difference. According to her neurosurgeon, Vankesteren’s recovery went much better than expected. “Months of hard work, willpower and determination paid off,” she says. “I’m in an awesome place. My back is totally healed and this year I got back on the ice for the first time — that was a super emotional experience.” Vankesteren is currently planning to join a skating team.

But finding the will to turn her health around also had another major effect on her life: Instead of being isolated and depressed, she’s out and enjoying life. “My moods have improved and I’m enjoying the outdoors and spending more time with my family and friends,” she says. “I owe a great amount of gratitude and graciousness to MyFitnessPal for teaching me healthy eating habits and the importance of proper nutrition and exercise — it gave me my life back.”