chevron_left PREV: Chicken and Broccoli Stir-Fry
chevron_right NEXT: Your In-Season Guide to Cookin ... 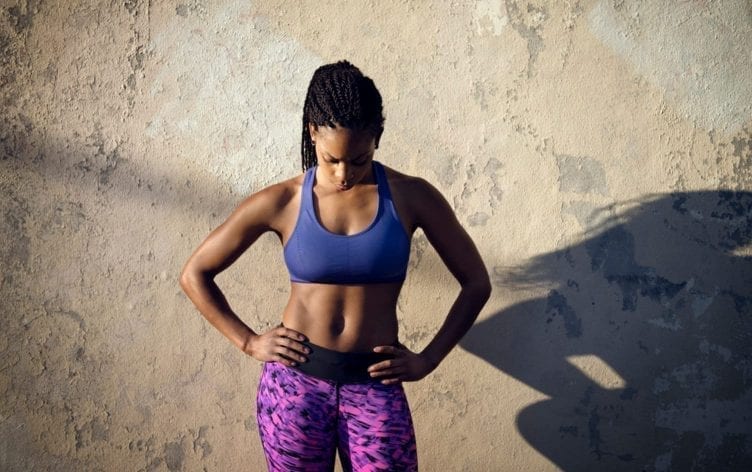 Exercise has been linked to a breadth of health benefits, including cancer prevention, bone density, heart health and many others. Best of all, while you’re boosting your body, you’ll also be helping your brain, according to numerous studies.

Many people feel a change in emotions like sadness, anxiety, indifference and anger during and just after a workout, but regular physical activity can also help your mental health in a long-term way as well. That’s because when you lift your mood, it often leads to other healthy changes, like eating better, stressing less and getting more sleep. All of those shifts work together to keep your emotions on the upswing, according to Dr. Rita Aouad, who specializes in psychiatry and sleep medicine at The Ohio State University Wexner Medical Center.

“If you’re feeling anxious, it can have a ripple effect that increases your negative thoughts because you’re not sleeping well and not eating healthy foods,” she says. “But that ripple effect goes both ways. When you start increasing healthy behaviors though one habit, like exercise, you often see other good habits begin to take hold.”

What’s happening in the brain during and after exercise to kick off this happy chain reaction? Let’s take a look:

When you exercise, you kick off a cascade of biological reactions, and one of the biggest is the release of endorphins, the body’s “feel-good” chemicals.

These activate certain receptors in your brain that work to reduce your perception of pain and increase a feeling of well-being. This is the “runner’s high,” which tends to switch on after you’ve been exercising for a short amount of time.

At the same time, the activity releases proteins that cause nerve cells in the brain to grow and make new connections — this improvement in brain function makes you feel better, according to Steven Hicks, PhD, of the Penn State College of Medicine.

He notes the degree to which this happens can vary from person to person — and may depend on how your genes operate — but everyone has the ability to tap into this process.

As these reactions are happening, they can reduce fatigue and improve alertness, which can be helpful if your depressive symptoms or anxiety are caused by stress. With better resistance to stress, your brain operates more efficiently when it comes to cognitive tasks and also physical ones like respiration, heart rate regulation and immune system function.

The positive changes in your brain are important when you exercise, but there’s another vital area also getting some love: your belly.

There’s increasing awareness that anxiety and depression may be linked to gut health, and that part of your body is so influential on your thoughts and emotions that it’s called your “second brain.” Researchers have suggested irritation in your gastrointestinal system may send signals to your central nervous system that could trigger mood changes.

What’s helpful in keeping your gut on track? No surprise, it’s exercise. One study finds cardiorespiratory fitness is correlated with increased diversity of good gut bacteria, and other research has noted exercise’s role in boosting serotonin — another “feel-good” chemical that is predominantly produced in the digestive tract.

One of the best pieces of news about better mental health through exercise is you don’t need to become a marathon runner or work out six days a week to reap the benefits.

A recent study in JAMA Psychiatry found just 15 minutes of vigorous physical activity — similar to what you’d find in a HIIT session — or an hour of moderate exercise like walking reduced the risk of depression by 26%. Researchers also noted a lack of exercise may increase your risk.

In an accompanying editorial, New York psychiatrist Adam Mourad Chekroud, PhD, noted that in randomized clinical trials, people who were assigned to exercise groups had greater depressive symptom reduction than those who were not. Also, individuals with depression who were taking antidepressants were significantly more likely to recover with regular workouts than those who exercised less.

The upshot is you don’t need to be psyched for workouts to see the benefits, and you may even prevent emotional downturns in the future.

Although exercise has an incredible range of benefits for physical, emotional and mental health, it’s not a cure-all when it comes to conditions like depression or anxiety disorders.

Getting more physical activity can be very helpful, but if you still experience symptoms of depression, such as hopelessness, disinterest in activities that used to excite you, mood swings, sadness and persistent irritability, consider talking with a health professional.