chevron_left PREV: What Does It Mean to “Boost ...
chevron_right NEXT: Smoky Beer Braised Beef Briske ... 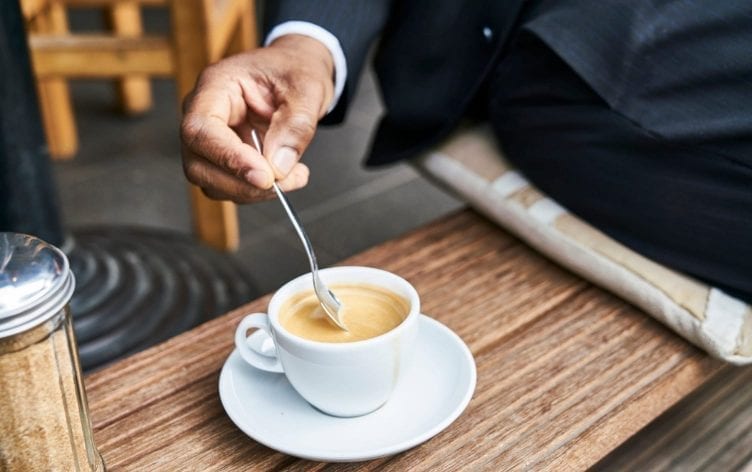 There’s plenty of evidence that drinking coffee is good for you — from improving cognition to helping to ward off diabetes and boosting athletic performance. However, with all the specialty lattes out there, it can quickly become a calorie bomb. If you’d like to make your cup of joe even healthier, try these five smart tips:

As long as you’re not lactose intolerant, try cow’s milk, which, compared to other alternatives, is high in protein and contains a variety of healthy minerals beyond calcium. “While calcium-fortified beverages like almond, soy or other nut or grain milks contain more calcium than a cup of milk because of fortification, they lack the potassium, phosphorus and riboflavin of cow’s milk,” says Melissa Majumdar, RD, a Boston-based spokesperson for the Academy of Nutrition and Dietetics. “An 8-ounce cup of milk helps supply one of the three recommended dairy servings for the day and can be enjoyed as a latte.”

Instead of loading up on sugar or artificial sweeteners and syrups, try cinnamon or unsweetened cocoa. Cinnamon is rich in antioxidants and may positively affect blood-sugar levels, while cocoa can have heart-healthy effects.

“Cinnamon is a great way to add a natural sweetness to any food or drink and may help someone reduce the amount of sugar or sweetener in coffee,” Majumdar says. “Adding unsweetened cocoa, just like cinnamon, adds tons of flavor without the actual sweetness.”

A buzzy trend, mushroom coffee (made from coffee beans and dried exotic mushrooms) is said to help improve concentration levels, fight fatigue and boost the immune system. In particular, the mushroom variety lion’s mane, “contains components that stimulate nerve growth factors which are required by the brain for developing and maintaining important sensory neurons,” says mycologist Tina Ellor, technical director of Phillips Mushroom Farms in Pennsylvania. “There have been human trials with this mushroom that demonstrate functional improvement in memory and accomplishing daily tasks in people with various cognitive decline conditions.”

Some research has found consuming medium-chain triglyceride (MCT) oil — a product that’s derived from coconut oil — can make you feel fuller, prompting you to eat less. Other research shows people who consume MCT are able to exercise for longer before reaching exhaustion. If you add MCT oil to your coffee, start with a small amount to see what your body can tolerate, since some people experience GI problems.