5 Instant Inspirations to Keep You Motivated

chevron_left PREV: 7 Ways to Save Money at the Gr ...
chevron_right NEXT: Crispy Breaded Mushroom Bites

5 Instant Inspirations to Keep You Motivated 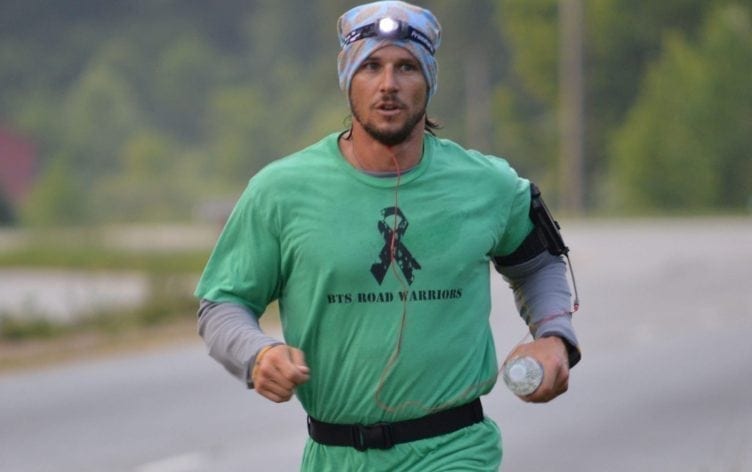 From a 92-year-old marathoner to a blind pole-vaulter, these fit folks who’ve made recent headlines will inspire you to get off the couch. Check out their stories—then read on for ways to rule yourself so you can find the confidence to overcome your own obstacles.

At 92 years old and 65 days, Thompson became the oldest woman to ever complete a 26.2-mile race when she crossed the finish line of the San Diego Rock ‘n’ Roll Marathon on May 31, 2015, in 7:24:36. Thompson, who began running in her 70s, raised more than $90,000 for the Leukemia and Lymphoma Society in her record-setting quest. While training for the race, Thompson lost her husband to a long illness and was treated for a staph infection in her leg. Oh, and she’s also a two-time cancer survivor. No big deal.

Check out this video of Harriette en route to achieving the world record:

Wise words: “I don’t think I’d be living today if I didn’t do this running.”

Follow her lead: Think you’re too old to run after your dreams? Think again. Whether it’s a marathon finish that you’re after or something slightly less ambitious, never let age stop you from getting to that starting line. (Just getting into running? Here’s how to find the right training plan for you.)

After cataracts as an infant left her legally blind, Brown has literally soared to unexpected heights as a track star. The 17-year-old—whose vision is described as “a jigsaw puzzle of mixed up shades of light and dark”—recently placed third at the Texas State Meet in the pole vault, clearing 11 feet, 6 inches. A talented runner to boot, Brown is competing for Purdue as a freshman.

Wise words: “If I could send a message to anybody, it’s not about pole-vaulting, and it’s not about track. It’s about finding something that makes you happy despite whatever obstacles are in your way.”

Follow her lead: If you’re dealing with physical limitations, tell yourself that realizing your potential is all mind over matter. Tackle a task, but find something that you can do despite your challenges—and celebrate every accomplishment, major and minor. After being diagnosed with stage IV metastatic melanoma, Thomas, an ultrarunner and high school teacher, was staring death in the face just two years ago. But after a remarkable recovery, he was able to run from his hometown in Florida to Washington, D.C., in July, making the 1,800-mile journey to benefit Road Warriors Corp, which focuses on assisting cancer patients. Throughout Thomas’ seven-week journey, during which he ran between 25 and 50 miles a day, he flew back to Florida every three weeks to receive cancer treatments before returning to the roads.

Wise words: “When you go after your dreams, it’s not going to be easy. This is my dream; this is what I live and breathe for. I want others to see that there is hope.”

Follow his lead: Find a cause. Whether you’ve been directly affected by something as devastating as cancer or you’re just passionate about helping others in need, turn your training into a vehicle for fund-raising. Or try an app like CharityMiles, which donates money to select charitable organizations with every mile you walk, bike or run. Four months after having her first child, Gerdes, a professional triathlete, was on the starting line of Ironman Malaysia, where she placed fifth in the grueling 2.4-mile swim, 112-mile bike and 26.2-mile run event. On a mission to collect enough points to be one of 35 women to toe the line at the Hawaii Ironman World Championship in October, Gerdes spent the next several months racing around the world, often traveling with her young daughter. In late July, Gerdes won Ironman Switzerland, running her way to the win with a blistering 3 hour, 1 minute marathon—and booking her ticket to Kona.

Follow her lead: Numerous professional athletes have proved that pregnancy and parenthood isn’t the career-ending event that it used to be. But you don’t have to be an elite athlete to stage your own comeback after kids. Listen to your body, take your comeback slowly and steadily, and set a goal that will keep you determined to do your thing, no matter how much sleep you may be lacking.

A world champion mountain bike rider, Ashton faced a devastating blow after a crash left him paralyzed from the waist down. Two years later, he’s riding again, thanks to a specially modified mountain bike that allows him to hit the trails once more.

Wise words: “You may try something, and you may fail. But if you don’t try, then you will never know if you could or couldn’t. No matter what the situation, there is always opportunity.”

Follow his lead: Pursue your passion. You may be injured or facing a setback, but you won’t be stuck on the sidelines forever. Be patient, stay motivated, and stay in the right mindset that you will get back in the action again.

Under Armour’s new Rule Yourself campaign celebrates that all health and fitness goals worth striving for require hard work and dedication. No matter what your goal, we all need to be reminded that every meal logged, mile walked and workout tracked counts. How do you #RuleYourself? A longtime runner and triathlete, Sarah has been able to blend her passions for endurance sports and writing into a freelance career. She’s covered everything from profiles on Olympic gold medalists to tips on training for your first 5K for numerous media outlets. When she’s not writing about races, Sarah is usually training or competing in one. She also writes kid’s and teen nonfiction books and articles for National Geographic and Girls’ Life Magazine. Sarah lives just outside of Washington, D.C. with her husband, Mark, and their three children. Follow her on Instagram (@athletemoms) and Twitter (@athletemoms).