5 Foods to Avoid For a Better Night’s Sleep

5 Foods to Avoid For a Better Night’s Sleep

You power down electronics at least an hour before bed, stick to a regular bedtime schedule and sleep in a cool, dark room. In other words, you do everything all the sleep experts say to do, but you still toss and turn at night. It might be time to think about what you’re eating because the foods you choose could be causing sleep issues.

If you’re not sleeping well, these five foods could be to blame: Caffeine might be an obvious culprit, but it’s still worth mentioning. You drink coffee in the morning because the jolt of caffeine wakes you up, which is fine. However, drinking caffeinated beverages in the evening could have the same effect, which is less desirable at night.

“Caffeine is a stimulant and increases your heart rate and alertness — the opposite effect you want when you’re trying to sleep,” says Christy Brissette MS, RD, a registered dietitian and President of 80 Twenty Nutrition in Toronto, Canada.

Although one study found that consuming caffeine within six hours of bedtime led to sleep disruptions, Brissette believes the right time to cut off caffeine depends on the individual: Some people metabolize caffeine faster than others. If you think your evening espresso or late-night soda habit could be interfering with sleep, try cutting caffeine several hours before bed and see if it makes a difference. A big bowl of ice cream before bed could cause you to wake up several times during the night, according to research published in the Journal of Clinical Sleep Medicine. The research showed that the more sugar participants consumed, the greater their number of nighttime arousals.

While sweets should be avoided before bed, Kroplin notes that foods that are high in natural sugars — like fruit — are a great snack to stave off a late-night craving. To minimize a blood sugar spike that could keep you awake, she suggests pairing fruit with protein and healthy fats. A handful of almonds and an apple or cottage cheese and peaches are good choices. Those 5-alarm chicken wings could be causing a fire in your chest that makes it impossible to fall asleep. One study found that eating spicy foods at dinner made it harder to fall asleep and reduced the time spent in slow wave (deep) sleep, which the researchers theorized was due to a spike in body temperature from the capsaicin in spicy foods. “Spicy foods can irritate the digestive tract and lead to heartburn or digestive upset,” Brissette says.

Instead of giving up spicy foods, which offer health benefits from boosting metabolism and reducing inflammation to inhibiting the growth of cancer cells, just steer clear of them before bed. Order the five alarm chicken wings or flaming hot salsa at lunch instead of supper. It takes a lot of energy for your body to break down high-fat foods like French fries and pasta with cream sauce. A diet high in saturated fat was associated with less slow wave (deep) sleep, according to 2016 research. Foods that are high in fat also tend to be heavier, according to Kroplin, and, the fuller your belly feels, the harder it’ll be to drift into dreamland. “When it comes to a good night’s sleep, heavy meals are not your friend,” she says. 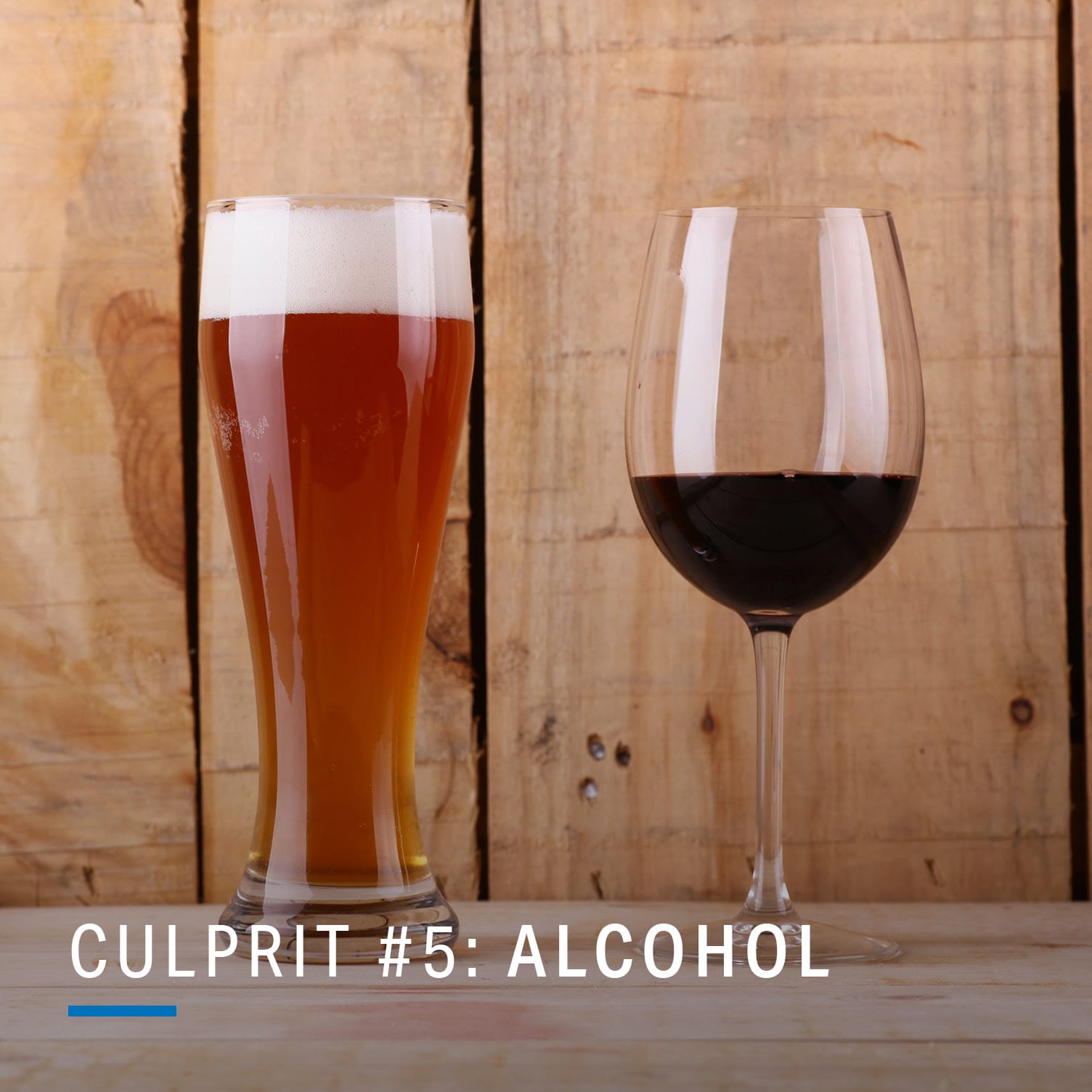 “Although it might help you fall asleep, alcohol is metabolized quickly and it can disrupt your sleep and cause you to wake up in the middle of the night,” Kroplin says. To keep a glass of wine or pint of beer from interfering with sleep, she suggests limiting alcohol consumption to one drink for women, two drinks for men and not drinking any alcohol within three hours of bedtime.

Keeping a sleep diary that includes a record of your meals can help you identify possible connections between your diet and sleep quality and help you make adjustments to get a more restful slumber.