Our relationship with food is undoubtedly complex, and sometimes the lines between healthy and unhealthy eating get blurred. This is because disordered eating falls on a continuum and can develop out of something as benign as a good intention to lose a few pounds and get in shape. While problematic or disordered eating may first appear to be weight-focused, food can also become a coping mechanism for feelings or emotions that may otherwise seem overwhelming. Whether driven by weight, body image or emotions, disordered eating behaviors can damage an individual’s physical and emotional health, self-esteem, sense of confidence and relationship with food. Below are 15 red flags of problematic eating to be aware of:

Skipping a meal (or eliminating food groups) is a means to cut calories, which is why this is one of the first signs of problematic eating. People may see weight loss initially, but this tactic will only work for so long. It will backfire, leading to a reduction in metabolism and/or binge eating (feeling out of control with food) due to physical starvation or hunger.

Undereating and/or overexercising can result in interruption of the menstrual cycle and loss of menses. This can be reflective of hormonal imbalances and can affect bone mineral density, resulting in bone loss. While a lack of menses may seem like a blessing rather than a curse, it’s not healthy for the female body and should be evaluated by a doctor.

3. Going to the bathroom after meals

Bulimia nervosa is characterised by excessive food intake, often in a short period of time, followed by purging behavior. Some people with bulimia nervosa will wait awhile after a meal to purge; however, the urge to purge after a meal or snack can be very strong, thus leading to an escape to the bathroom immediately after eating. It should be noted that individuals struggling with anorexia could also exhibit purging behaviors. Purging isn’t always limited to after a binge, and it could happen after eating very little as a means to rid the body of calories and feelings of fullness.

Exercise is usually good, but when there is an obligation to exercise in a manner that is causing more harm than good to the body, the line must be drawn. For individuals dealing with bulimia, exercise is often seen as a way to purge or expend calories. If a person is eating very little (and/or engaging in purging behaviors) and exercising to the extreme — such as hours on the treadmill or doing multiple workouts per day — boundaries need to be set. This type of behavior can put the body at risk for stress fractures, dehydration and exhaustion.

5. Not eating in front of others

Fear of judgment and being uncomfortable with food around groups of people can be a symptom of an eating disorder. It’s not uncommon for a person struggling with disordered eating to withdraw from eating out, as it can be challenging to engage in such behavior in public.

6. Use of laxatives, diuretics or diet pills

7. Disappearance of a large amount of food in a short period of time

This is a classic symptom of binge eating disorder and bulimia nervosa. This may entail an entire jar of peanut butter, box of cookies or loaf of bread that goes missing. This behavior is often used a way to “stuff” emotions in an effort to numb them. If there are any “unsafe” foods or binge foods in the house, it’s wise to make them difficult to access to prevent habitual binges.

Eating disorders are sneaky. It’s not out of the ordinary for loved ones to find food or empty wrappers underneath the bed, stuffed in a bathroom drawer or in the car.

Body image disturbance is usually an issue with a person struggling with an eating disorder. Wearing clothes that are too big is a way to hide the body for the purpose of security, safety (for those experiencing abuse) and judgment, especially if also engaging in self-harming behaviors.

10. Complaining of constipation or stomach pain

Bloating, stomach cramps and digestive issues can be complications of disordered eating. Eating disorders disrupt the body’s digestive patterns and enzymes, making it harder to break down foods and leading to bloating. Dehydration from purging or limiting intake to prevent “water weight gain” and eating too quickly can also cause stomach troubles. There may also be a connection between gut microbiota and eating disorders, according to current research.

11. Food obsessed but not eating

Obsession with cooking magazines, food blogs, food Pinterest boards, always talking about food and even cooking and baking for others yet not allowing oneself to consume the food are  red flags for disordered eating.

Eating disorder sufferers can be overweight, underweight or a normal weight. While some may lose or gain weight, many will actually maintain their weight and appear to be healthy. The weight game is often what keeps people stuck in their eating disorder, mistakenly thinking they aren’t sick enough to get help. If someone is engaging in eating disorder behaviors — regardless of the number on the scale — he or she needs to seek help to recover.

Eating a specific number of bites of food, chewing food for excessive periods of time, cutting food into small pieces and spitting food out after chewing are all food rituals that coincide with disordered eating. Strict meal plans are another common habit in eating disorders.

Unusual food concoctions are commonplace for disordered eating, as a result of anxiety and stress with food as well as a change in taste buds with starvation. This can also be seen as excessive use of condiments, hot sauce, pepper and calorie-free sugar substitutes.

This is healthy eating taken to the extreme, or  orthorexia, an eating disorder that has to do with eating clean. Where it goes too far is the person will be so focused on their strict rules of eating clean that many foods begin to get eliminated from the diet. This can interfere with the enjoyment of food and daily functioning — and often results in unhealthy weight loss.

If you (or a loved one) are experiencing any of these red flags, it’s important to take them seriously and reach out for help. MyFitnessPal’s Eating Disorder Resources page and the National Eating Disorders Association are good places to start.

Disordered eating is a slippery slope. It’s important not to keep these behaviors a secret and seek professional help so that you can develop a healthy relationship with food and a healthy body image. 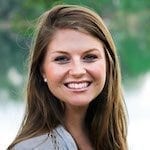