chevron_left PREV: What Happens to Your Body (and ...
chevron_right NEXT: Ground Turkey Stuffed Tomatoes 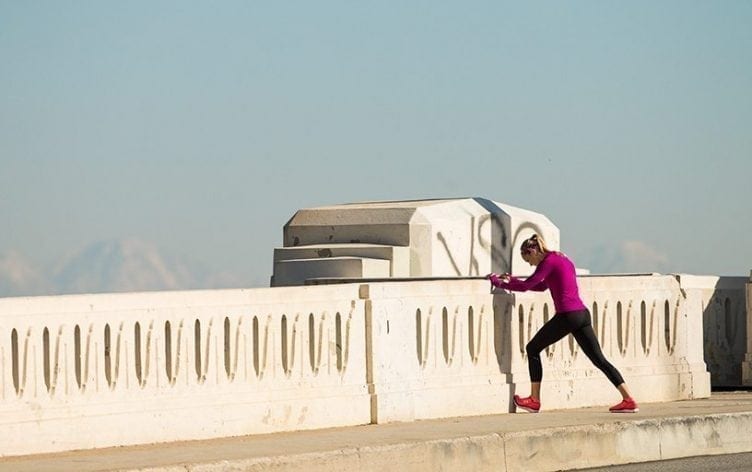 With a new pair of running shoes and a Spotify playlist locked and loaded, all signs show you’re ready to run. Kudos to you for taking up a seriously tough workout that promises to reduce stress, boost mood, take you to incredible places, and even save you cash.

But let’s pause for a sec before hitting the pavement. From your form to your mental state, certain running techniques can set you up for success, while others take you down the wrong path. Here are 14 of the most common mistakes beginner runners make—and even some veterans too.

“Many people when they first start running tend to stare at their feet because they’re trying to see what’s going on down there,” says Cat Fitzgerald, DPT, CSCS, a physical therapist and running consultant at New York Custom Physical Therapy. Put some trust in your coordination and set your eyes on the horizon straight in front of you, Fitzgerald says. “It’ll protect your neck because when you’re looking down your neck is flexed and then your posture collapses.”

2. You wear the wrong shoe size.

“If your feet hurt because the shoes don’t fit properly or you’re not running in the perfect shoe, then you’re certainly more apt to not continue with the program that you’re beginning,” says Timothy Miller, M.D., a sports medicine specialist at Ohio State University Wexner Medical Center. Most likely, you forgot to size up: “You generally need a little more room than you think,” Fitzgerald says. Swing by a running store for a fitting and gait analysis so an expert can hook you up with shoes that will prevent injury, she suggests. Or go the DIY approach and film yourself running with your phone.

Meaning: Your foot hits the ground way ahead of your hips, almost like a gazelle, Fitzgerald says. You may be thinking, “Hey, that’s not so bad; gazelles are fast!” But overstriding sends a huge shock up the leg with each step—and it’s a common tendency for new runners. “In a beginner’s mind, they need to move forward and progress so they launch their feet forward as far as they can,” Fitzgerald says. “Really the power should be coming from your glutes and your hip extension.” To fix it, try taking shorter steps and landing under your center of mass, she says. One study showed about 85 strides per minute is golden.

4. Your arms cross your body.

While your right arm making its way over toward your left side with each step (or vice versa) isn’t such a bad thing on its own, it’s an indicator that your torso isn’t stable. “If someone doesn’t have good trunk stability, they’re going to be rotating right to left more, and you’ll see that in their arms because their arms rotate right to left more too,” Fitzgerald says. A solid trunk brings balance and stability to the whole body—plus it protects your inner organs. (Strengthen your core with some of these abs exercises.)

5. You set out to run four miles right off the bat.

Take it down a notch, young grasshopper. “If you’ve never run before and you try to run three to four miles, you’re probably not going to make it very far,” says Sari Shepphird, Ph.D., a sports psychologist. Start small by alternating three minutes of running with three minutes of walking, she suggests. Even when you’re walking, you’ll still reduce hypertension and your risk of diabetes and possibly heart disease. Plus setting and conquering smaller goals will give you a “sense of mastery much faster and you won’t feel right off the bat that you just can’t do it,” Shepphird says.

6. Your breathing is off.

We know: There’s a lot to think about. But breathing (something we normally give little thought to) can help you run better and farther. Coupled breathing—when you breathe in a certain rhythm as you run—especially helps build running efficiency, according to one study. The participants took a breath after every two steps, so it followed this pattern: two steps, inhale, two steps, exhale. Researchers found this type of breathing enhanced airflow and runners felt less tired than those not paying attention to their breathing. One thing you don’t have to worry about is whether those inhales and exhales are coming from your nose or mouth. The jury’s still out on which type of breathing is best.

7. You lift your knees too high.

Fitzgerald usually sees this problem come up when cyclists start running. “Their dominant muscles are their quadriceps and that’s going to get the knees up high,” she says. Instead the power should be coming from strong glutes and hip extension. Ideally the knees should always be at less than a 45-degree angle, Fitzgerald says.

8. You can’t think of anything else but how heavy your legs feel.

If you’re thinking about how hard each step is, you’ll likely tire faster. “For less-experienced runners, it’s helpful to distract themselves from the feeling of fatigue,” Shepphird says. Pump up the volume on your headphones, watch TV on the treadmill, or run with a friend, she suggests. It’ll take your mind off how heavy your legs feel and keep you from giving up. If you’re seriously struggling, head outside: Simply being outdoors can revitalize you and boost your energy, research shows.

9. Running is your only workout.

It’s true that running is a solid workout, but it’s no excuse to skimp on strength training. Building up glute and hip muscles will help maintain your form, Fitzgerald says. “You need to strengthen those areas and teach your body to use those muscles so you can run more efficiently and prevent injury,” she says. Adding strength to your routine will also help build your running endurance, according to one study.

Many people follow a nine-hour workday spent sitting at a desk by popping up and going for a run. Sound familiar? If so, you may end up with tight hip flexors, which makes you lean forward as you run, Fitzgerald says. To fix it, incorporate hip flexor stretches into your dynamic warm-up. “It helps to turn on the glutes in the back and open up the front of the hips,” Fitzgerald says.

11. You only stand and stretch.

The two best kinds of stretching are dynamic stretching, when you use movement to activate the muscles, and static stretching, when you stand in place. But these two types of stretching aren’t interchangeable. “Before running, do a dynamic warm-up with lunges and mini-jumps,” Fitzgerald says. (Try this full-body warm-up.) “Static stretching should be done after the run because there’s a decreased risk for injury at that point with stretching.” Resist the temptation to follow the run by plopping yourself on the couch (we know it’s tempting). If you do, you’ll eventually start feeling stiff, Fitzgerald says.

It happens frequently among petite female runners, Fitzgerald says. “When they land on each leg, their knee will sort of dive toward the middle of their body so much so that their knees will knock or touch,” she says. The root of the problem is bad glute stabilization. Once the glute muscles collapse, the thighbone rotates in and the knees collapse. Eventually this can lead to problems with the IT band and knees, Fitzgerald says.

If you label yourself, you’re less likely to keep going, Shepphird says. Adopt a positive mantra instead, like “remember to breathe,” “be bold,” or “keep moving forward.” Say it to yourself every few paces so you develop a rhythm, Shepphird says. One study found positive self-talk enhances endurance performance. The researchers determined cyclists who practiced self-talk pedaled much farther and reported that it felt easier compared to those who didn’t.

If you overhydrate, you’ll feel bloated. Yet if you don’t drink enough, you risk dehydration, which can lead to lightheadedness or illness during your run, Miller says. “It is certainly a balance,” he says. So do you need to carry a water bottle with you? Generally if you’re running a short distance on a cool day, you’re fine. “You don’t have to take water with you necessarily unless it’s a hot day over 80 degrees,” Miller says. If you really want to get specific, weigh yourself before and after your run and drink 16 to 24 ounces for every pound you drop.