10 Plank Variations to Challenge Your Core

chevron_left PREV: 6 Tips for Sleeping on a Plane
chevron_right NEXT: Spanish Oat Omelette

10 Plank Variations to Challenge Your Core

Even though Einstein’s theory of relativity doesn’t relate to the plank, it feels like time slows down when you hold the position long enough. The list of benefits from planking is lengthy, but the exercise gets old fast. 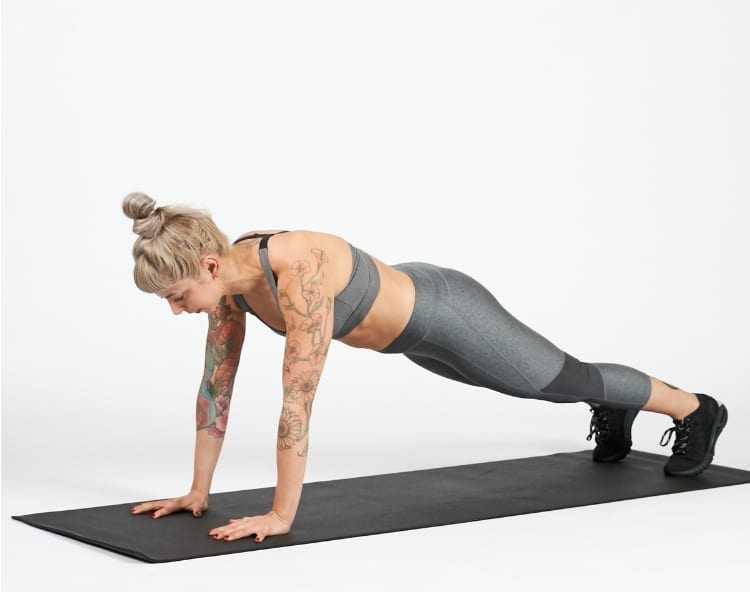 The plank is a core exercise that targets most of your abdominal muscles. To start, lie on the ground on your stomach. Plant your forearms and toes into the ground and raise your body. Form a straight line from your shoulders to your ankles. The only thing touching the ground should be your feet and forearms. As your abs fatigue more and more, you might feel like you’re in purgatory from staying in one uncomfortable position for too long.

This exercise seems like a normal plank, but there’s a subtle difference. The PPT plank, which stands for posterior pelvic tilt plank, builds an incredible amount of tension in your core. According to a 2014 study published in Sports Biomechanics, it significantly increases abdominal activation compared to a regular plank.

The move: Start in a plank with your forearms on the ground. Roll your hips back like a dog tucking its tail. Then, dig your elbows and toes into the ground and pull them toward the middle of your body. You shouldn’t actually move, you’re simply building tension by pulling in. Squeeze your abs so hard you can’t hold the position for more than 10–15 seconds.

Move slow and controlled to get the most of this exercise.

The move: Start in a plank and slowly reach one arm forward until your elbow is straight. Then, bring your arm back down to the ground and reach out with the other arm.

It’s time to add a twist, pun intended, to your plank.

The move: Start in a plank and twist your hips to one side. Try to touch the outside of your hip to the ground, then come back to the center before twisting to the other side. Your feet shouldn’t move; only your waist. With a TRX suspension trainer, you can add some instability to the plank position. This increases the amount of work your abs do, according to a 2014 study published in the Journal of Strength and Conditioning Research, because you’ll have to fight to stay in position.

The move: Put your feet in the TRX handles so your body is slightly suspended above the ground, then hold a plank position as still as possible.

5. Side Plank With Hip Drop

The standard plank works the front of your abdominals, but you need a different variation to work the sides, also known as the obliques. That’s where the side plank comes in.

The move: Lying on your side, plant your elbow directly under your shoulder with your forearm on the ground in front of you. Stack your legs on top of each other and lift your body off the ground. Only your elbow and the side of your foot should be touching the ground. Form a straight line from your shoulders to your ankles. From there, slowly drop your hips toward the ground. Go as low as you can, then raise them as high as you can. Try 10 reps on each side.

If you’re struggling to master the pushup, the plank walk-down helps. As you do this exercise, try not to shift your hips from side to side or let your hips sag. Keep your body in a straight line. Think of it as a moving plank.

7. Plank With Opposite Reach

Balance is key for this plank variation.

Note: You don’t need to slide very far back, because the exercise gets very difficult very quickly. Make sure your shoulders don’t go forward past your elbows, as this makes the exercise much easier.

The move: Grab a pair of gliders and put them under your feet then get in a plank position. Slowly press your arms forward into the ground. Since your feet are on gliders, your body will slide back instead of your arms sliding forward. Pull your arms back down until your elbows are directly under the shoulders to complete one rep.

Using a resistance band or cable machine, you can make the regular plank infinitely more challenging. The cable or resistance band should be attached to a fixed object as low to the ground as possible.

Staying in the same position and holding it for as long as possible gets boring. This exercise makes the plank dynamic, adding some excitement to the exercise.

The move: Start in a plank position with gliders under your feet. Slowly walk forward, pulling into the ground with your forearms. It’s essentially an army crawl but the only parts of your body that touch the ground are your forearms and feet. Crawl six steps forward then six back. Try to go further every time you do this exercise. If it’s still too easy, put a weight plate or sandbag on your lower back.

Discover and log these plank exercises via Workout Routines in the MyFitnessPal app.